Strojbal s.r.o. is a family company. Its history dates back to 1998-1999, when the company started its business under the business name Pavel Škoda – STROJBAL. The reason for starting business was simply, the need of livelihood. The first investment in the amount of 5,000 Slovak crowns was made by the whole family. It was a mad idea to start doing business indebted and without money, but there was no other way.

The company operated in leased premises, where it was not even a basic infrastructure. That is why it was gradually built up from the first money that the company earned with difficulty, and sometimes accidentally, for almost 5 years. At that time there were 3 production employees in the company, and 2 of them are still working there to this day. There were no enough financial resources to buy new technology and so Pavel Škoda Sr., who was originally an engineer, designed the first torsional sawing  machine for round timber cutting, carpenter's bench and milling machine, in the garage of a family house.

In 2000 the company has obtained an utility model titled „Transport-packaging casing“. At that time, it was an innovative and in particular, safe solution for packaging the long profiles. That time the company was producing pallets, sawn timber and wooden casing. The revenues from this activity reached the first million Slovak crowns in 2008, and after tax profit was less than 10,000 Slovak crowns. In 2005, the business was transformed into the legal entity Strojbal s.r.o.

Later we bought a real estate with the surface area of 200 sqm and the old machines which were from the near glass wool factory in liquidation. Unfortunately, the grounds under this real estate were fragmented and unsettled, which made it impossible to develop the company. In 2005-2006 the company lost the most important customer, for which the transport-packing casing for aluminium profiles was made. The termination of the cooperation related to the further transformation of ZSNP, a.s and its shareholders. It was almost liquidating for Strojbal s.r.o. to terminate the co-operation, because 80% of production was supplied to ZSNA, a.s. That is why the manufacturing of single-purpose machines was renewed. In 2005 Strojbal s.r.o has obtained a further utility model for the equipment titled the „Grinding machine of saw bands with voltage accelerator. The manufacture of single-purpose machines and smaller orders helped the company to survive a difficult period. In 2007-2008 the company won the tender for the supply of various kinds of pallets for a local glass wool factory, which enabled the company to remove the existing AVIA lorry from service and obtain a new one. 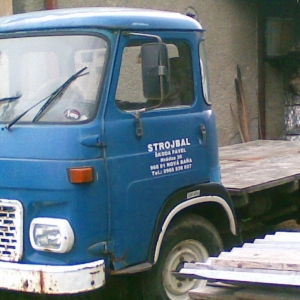 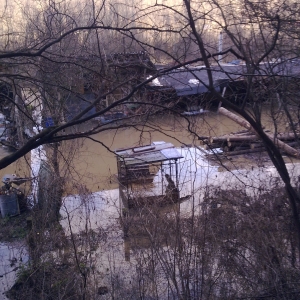 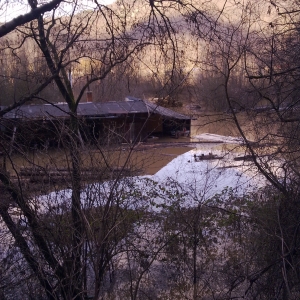 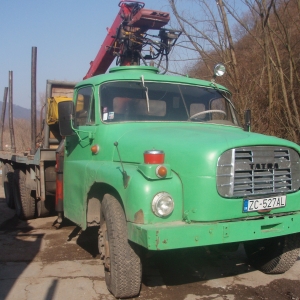 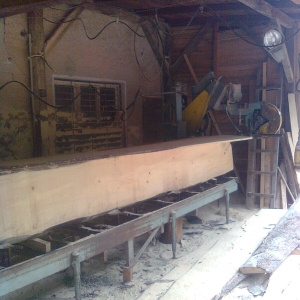 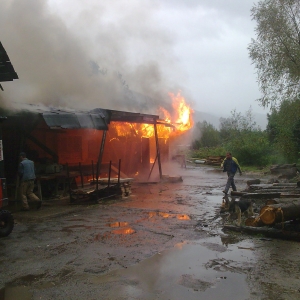 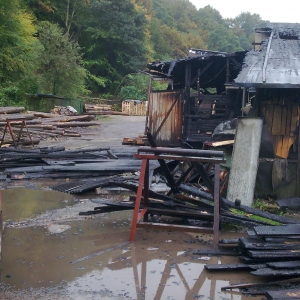 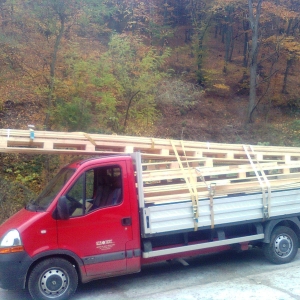 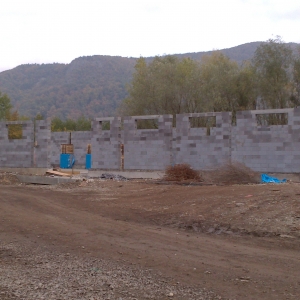 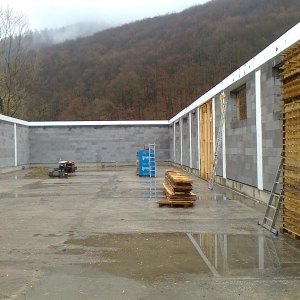 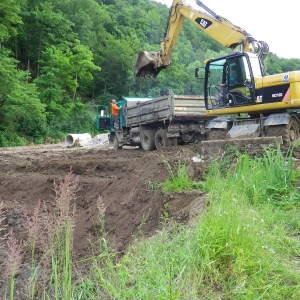 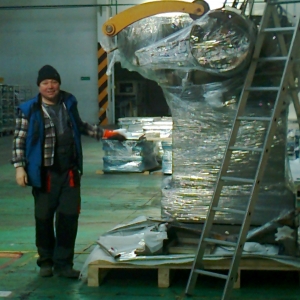 Since 2009 the company began to specialize in the production of transport packaging. In 2009, 10 years after starting our business, the revenues have reached 78,000 Euro, after tax profit was 2,400 Euro.

In 2010 a flood water affected the company premises. The workshop and machinery were flooded, property was damaged and manufacturing has to be interrupted. In the same year fire broke out in the sawn timber dry kiln and almost the whole company was burned as a result of a damaged electrical installation.

Between 2011-2012 the company started to engage in making overseas packages, moving technology and packaging activities, built a new sawn timber dry kiln and became a certificated keeper of wooden packaging materials in accordance with the FAO ISPM 15 (IPPC) standard. The revenues were 390,000 Euro in 2013.

In 2013 a decision was made to build a new production hall with an area of 600 sqm. The process of settlement of grounds started in the area in which the company was active, an anti-flooding dam was built at the expense of the company, and the surface area of 10,000 sqm rose up by 1 metre, in view of danger resulting from the ground water, and  more than 10,000 tonnes of earth and stone was needed for that (including the dam). The work focused on the cleaning of the grounds from the woody plants, the seeds of which are spread by the air, was started.  An area of 24,000 sqm was built by construction changes, subsequently indoor storage premises of 2,500 sqm were created and in successive steps, the building of a modern production area continued. The reinforced concrete and tarmac surfaces with a surface area of 3,000 sqm were built after basic ground works. The company obtained the ISO 9001 certificate, and it was achieved during the building of the company premises and under full operating conditions.

Between 2014-2017 the company gradually acquired modern production automated technology and the revenues for 2015 were 836,000 Euro. The company invested the whole profit in further development as planned. In 2016 the company bought a new lorry DAF LF55, a full automated heating and air-conditioning technology. In 2017 the company obtained a new automated sawn timber dry kiln with a volume of 40 cubic metres, an unique technology for the manufacture of collapsible transport boxes and a complete wooden waste processing technology for heating pellets and briquettes.

The brand Strojbal ® and company logo are registered trademarks.

The company Strojbal s.r.o., has never gained any European or state subsidies during its existence, was built due to a strong-mindedness and diligence of the Škoda family, and owes its existence and in particular, its success to long-term business partners and a conscientious work of its employees. It hereby expresses its deep gratitude and respect to them. 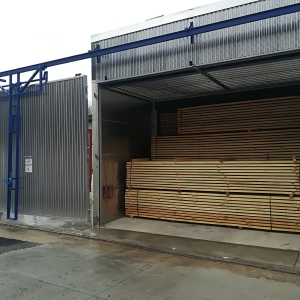 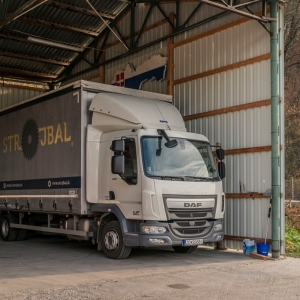 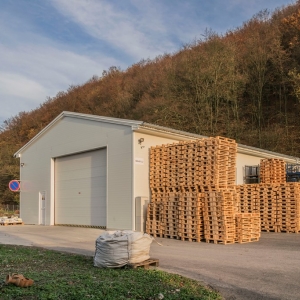 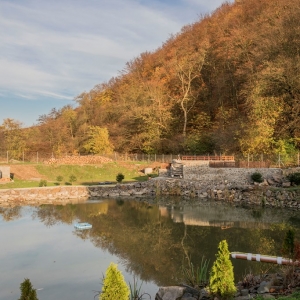 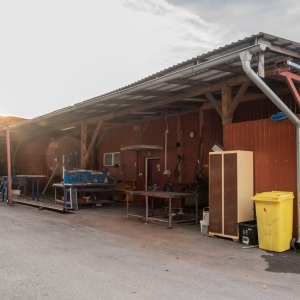 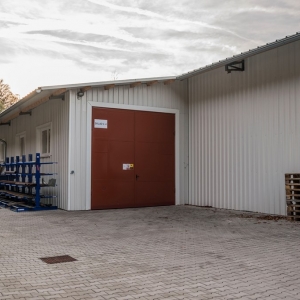 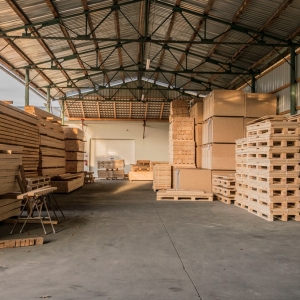 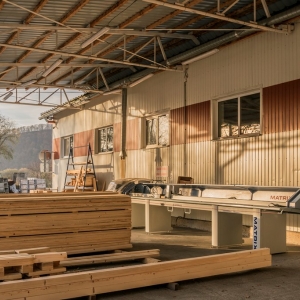 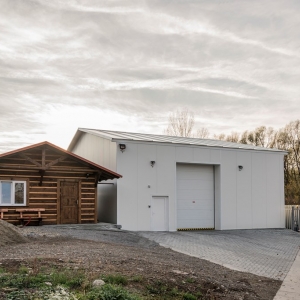 Ask for a price quote